Biking through the famous neighborhoods of the movida romana 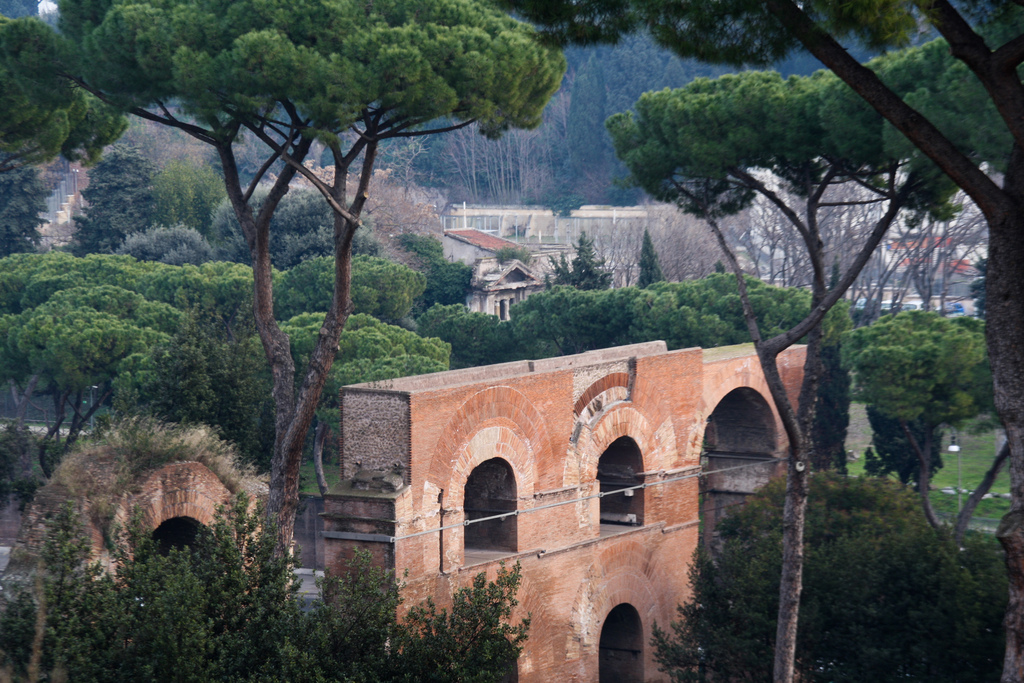 Would you like to enjoy the charm of Rome without thinking of buses, taxis, metro and crowd? Would you like to know all the secrets of the Eternal City avoiding long and stressful walks in the sun trying to visit as much as possible for fear of not having enough time? In this case, we at Leading Roma have the right solution for you: this is a bicycle tour through the stages that made history of Rome, which will let you know all the beauties of the city.

Our Green Tour will start from Campo de Fiori, one of the most famous and suggestive squares of the city.

Campo de Fiori has a double soul: in the daytime it is home to one of the most typical and folkloristic market of Rome, and in the nighttime it becomes a meeting point for many young Romans thanks to the large number of venues.

In addition to its great human value, Campo de Fiori has a great historical value, represented by the statue of Giordano Bruno, a philosopher burnt in 1600, who stands out exactly at the center of the square.

Immediately after Campo de Fiori, we will move to the Jewish Ghetto, built through the will of Pope Paul IV in 1555, where we will especially dwell on the wonderful Piazza Costaguti, named after the lavish palace.

We will cross the Ghetto arriving at the Ponte Fabricio, which will make us admire the suggestive Isola Tiberina, a small island, precisely emerging from the waters of the Tiber, which still hosts a hospital and some inhabitants.

There are also many legends and myths of Roman history linked to this island, which we will have the pleasure of showing you on the way.

We will then arrive to Circus Maximus, a very large meadow that, in its best time, could accommodate up to 300,000 people.

The Circus Maximus, in Roman times, was extremely famous for the games, the naumachies, and the wagon racing that took place inside.

After the visit of the Circus Maximus we will focus our attention on one of the most suggestive places of all Rome: along a small climb, we will arrive at the famous Giardino degli Aranci, on the Aventine Hill.

From the terrace of the garden, we will have the opportunity to admire one of the most striking illusions ever: the more we approach the balcony, the more the dome of the Basilica di San Pietro seems to be getting bigger. It will leave you breathless.

We will leave Giardino degli Aranci to go to one of the historical districts of Rome, we will walk along via Marmorata, so called because of the great deposits of marbles and stones that, by land or by sea, arrived in Rome and were massed here just waiting to be then sold or worked.

Going through Via Marmorata we will notice a large pyramid of Egyptian style: let’s talk about the Piramide Cestia, the seventh stop of our tour.

The Piramide Cestia, built around 12 BC, seems to be the tomb of the Praetor Caio Cestio Epulone who – inspired by the Egyptian culture that at the time influenced very much the Roman one – decided to hide inside his treasure.

Walking along the road we will end up in the heart of one of the most famous and historical districts of Rome, Testaccio ward.

The name comes from the mountain of 35 meters, Mons Testaceus precisely, consisting of debris and shrubs that arrived in Rome through Porto di ripa Grande and which, accumulated century after century, were never used again.

We will walk to the suggestive Testaccio ward and we will arrive in Trastevere, another of the most characteristic places of the Eternal City, the theater of many movies of the great directors of Italian neorealism.

Popular, folkloristic and suggestive district of Rome, Trastevere is home to amazing places such as the Basilica di Santa Maria in Trastevere and Piazza Trilussa, dedicated to one of the greatest Roman poets Trilussa.

With our back to the square, we will bike on Ponte Sisto, a bridge built between 1473 and 1479 to allow the crossing of the Tiber to Pope Sisto IV.

To finish our tour we will return to Campo de Fiori which, according to the legend, has its name in Flora, lover of the Roman warrior Pompeo.

Choose to know all the wonders of the Eternal City with LeadingRoma, you will see all the wonderful and most beautiful places biking in the city without the stress of public transport and traffic, respecting the surrounding environment.