Biking through the ruins of the ancient Rome 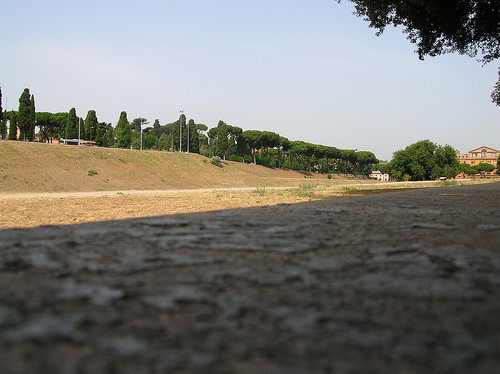 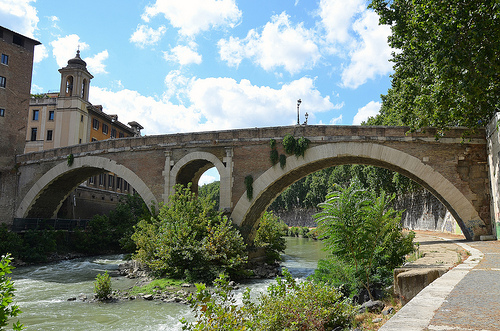 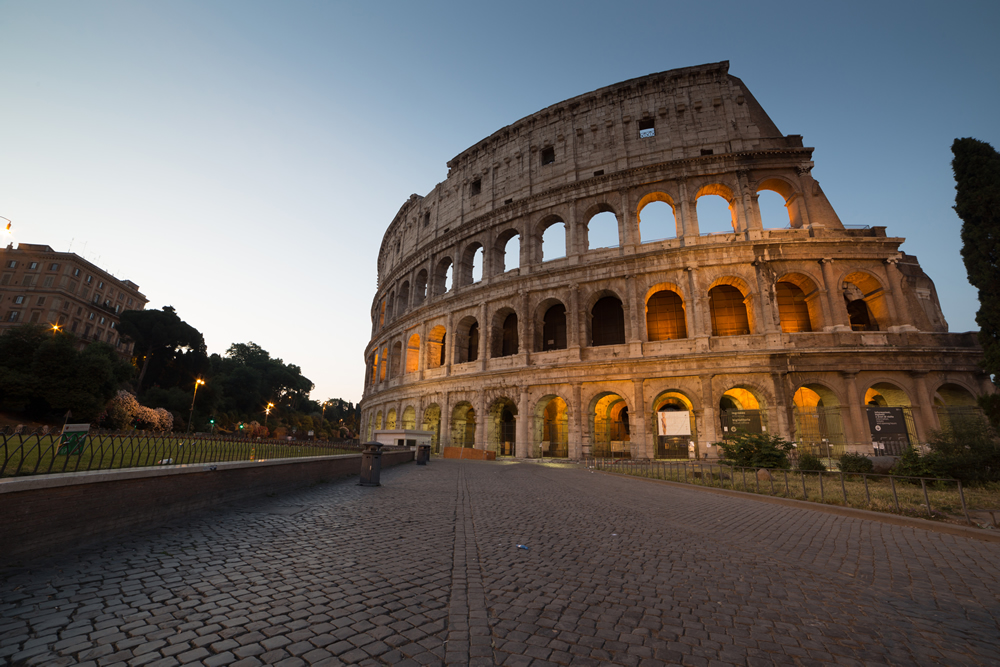 Starting from Campo dei Fiori , biking on small streets of the center, you arrive to the heart of Jewish zone. Crossing Ponte 4 Capi arrive to Tiberina Island, along the river on ponte "rotto" bridge, go up to Aventino to have a marvellous view of Rome Giardino degli Aranci and S.Peter in the hole. Then down to the heart of the ancient Rome biking at Circo Massimo, Colosseum and Roman Forum. Back to Campo dei Fiori through Pantheon and Piazza Navona

Would you like to experience the charm of the Eternal City but you are afraid of the tour de force by bus or by car, bottled in metropolitan traffic and stressed by the crowd? Your dream is to know the history and the secrets of Ancient Rome, but you are afraid to be exhausted by endless walking in the sun, running from one monument to the other to have enough time to visit everything?We at Leading Rome offer you the perfect solution: The Orange Tour, a bicycle tour through the historical sites of the Ancient City, which will let you know the most beautiful, famous and exciting spots in Rome, with breathtaking views in the background.

Starting point of the tour will be Campo dei Fiori, one of the most famous squares in the city, home to a popular and folkloric market, known all over the world. In the center of the square stands the imposing statue dedicated to Giordano Bruno, a philosopher who was burned on the rocks on 17 February 1600. Campo dei Fiori in the evening completely change and becomes one of the centres of Roman fun, thanks to the many venues that surround the square.

After visiting Campo de Fiori, we will quickly move between the Renaissance palaces of the Jewish ghetto, one of the oldest in the world, built in 1555 thanks to Pope Paolo IV. We will visit Piazza Costaguti, which owes its name to the sixteenth-century and gorgeous homonymous palace.

Crossing the ghetto, we will arrive at Ponte Fabricio, which will offer us a wonderful, unique and romantic view of the Tiber river from above. Right below Ponte Fabricio, we will be able to admire the Tiberina Island, a small and inhabited island that emerges from the waters of the Tiber, and whose birth is linked with many myths and legends of Roman history, which we will tell you along the way.

We will leave this suggestive views behind and we will go to another crucial place of the Roman history: the Circus Maximus, a huge oblong meadow, which at that time could accommodate up to 300,000 people, famous especially for racing wagons.

We will continue our race along a small climb, and our effort will be rewarded when we will reach Parco Savello, the famous Giardino degli Aranci, on the Colle Aventino, from which you can enjoy a very special view. We will also dwell on a small and interesting detail, the “Hole of the Lock“: from the door of the Villa of the Priory of Malta you can admire a wonderful glimpse of the Dome of San Pietro from above, just looking through his lock, precisely.

We will then head to the Baths of Caracalla, imposing and monumental public baths, an essential center of community life for all the population, dating back to 216 AD.

We will continue biking along an ancient archaeological area, the heart of Ancient Rome at the time of Giulio Cesare, the administrative and monumental centres of the city: the Imperial Forums.

Crossing Viale dei Fori Imperiali, we will reach one of the Seven Wonders of the World, the very symbol of the Eternal City: the Flavian Amphitheater, the majestic Colosseum, the world’s largest amphitheater, UNESCO World Heritage Site. The Colosseum dates back to the time of Flavia, inaugurated by Tito in 80 AD and it was used for the gladiatorial performances. A short walk from the Colosseum we will find the elegant neighborhood Monti, the art galleries and winery district, which contains the Suburra, the ancient “Sub Urbe” area, below the city.

We will get our strenght back in Via Panisperna, a place of famous restaurants from the time of Dolce Vita, where we will delight our palates with a tasting of local wines and dishes of the Roman culinary tradition in a wine bar very frequented by the young people of the city.

After a little rest, we will continue towards Piazza Venezia, overlooking the ancient pontifical seat of the homonymous palace and the balcony where Mussolini gave his vigorous speeches to the Italian people.

Before returning to Campo dei Fiori and ending our bicycle tour, we will walk through Piazza Navona, the most elegant and joyous Roman piazza, used in antiquity for athletic competitions, and nowadays stage of street artists and painters. Here we can admire Fontana dei Fiumi, one of the greatest masterpieces by Gian Lorenzo Bernini.

Come to know Rome by bike with us, make an unforgettable experience, pedaling through legendary places without stress!