Fully immerse yourself in Roman history, trivia and legends 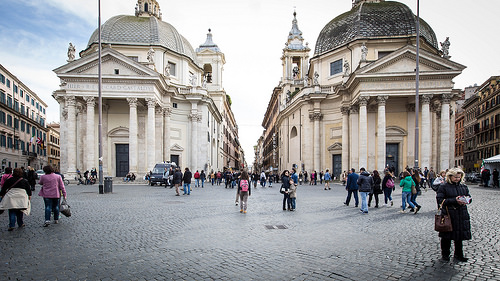 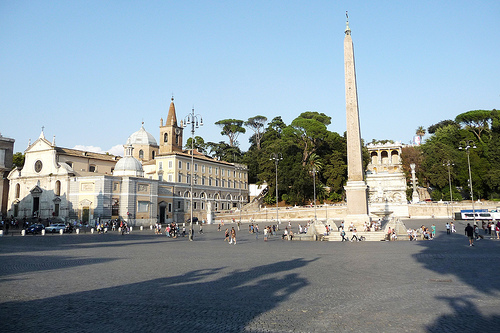 Rome, the Eternal City, the capital of Italy, rich in history and modernity. Those who decide to visit Rome do not expect so many things to see, and organizing time always is a failure. For this reason, we at Leading Rome have been thinking of walking tours to show you all the wonders of the Eternal City, without leave out anything, and without thinking of running against time, stress and crowded public transport. Among all our tours, we offer you the Trident Tour, to fully immerse yourself in Roman history, the perfect tour for those who want to know details and trivia and legends at the same time.

Our walking tour will start at Campo de Fiori, one of the most famous squares of the Roman cultural and artistic landscape. It is said that the name of this square comes from the lover of the Roman warrior Pompeo, Flora; another legend tells us that the name comes from the presence in the site of a large area covered with cultivated gardens and flowery meadows.
Today, Campo de Fiori hosts one of the most fascinating and folkloristic markets ever in Rome, and in the evening it is a meeting point for those who want to spend a pleasant Roman evening in a trattoria or local area around the square.

We will leave Campo de Fiori to reach Piazza Navona. Considered one of the squares with more artistic and cultural value, Piazza Navona rises on what remains of the ancient Domiziano Stadium.
In ancient times it was used for recreational and sporting activities, while today it hosts a large number of street artists.

We will head to Ponte dell’Angelo. Built in the times of Emperor Adriano to allow the citizens to visit the mausoleum, the bridge connects Lungotevere Vaticano to Piazza di Ponte Sant’Angelo.

Walking along Lungotevere Tor di Nona, we will arrive at the Ara Pacis Museum, a very modern glass structure that, besides being a theater of numerous exhibitions and temporary expositions, houses the wonderful altar devoted to Peace by Augusto in 9 BC.

Immediately after visiting Ara Pacis, we will move to the fifth stop of our tour: Piazza del Popolo, the exact point of contact among three of the main Roman streets: Via Ripetta, Via del Corso and Via del Babuino.
In the centre of the square is the Obelisk Flaminio, the oldest obelisk of all Rome.
On the north corner of the square, there is one of the oldest bases of the city: Santa Maria del Popolo, built on the tomb of the Domizi family, where Nerone was buried.

We will cross Piazza del Popolo and Via del Corso, the Roman shopping street, then head for Via Condotti, which ends in another Roman square worthy of note: Piazza di Spagna.
Piazza di Spagna does not need any presentations: the Bernini Barcaccia Fountain is located in the centre, behind the wonderful staircase of Trinità dei Monti, where climbing to the top you can enjoy a breathtaking view of the Eternal City.

We will finish our tour admiring one of the most beautiful and suggestive fountains in the city: Trevi Fountain.
Designed by Agrippa, the Trevi Fountain was inaugurated in the 19th century and represents a unique specimen of Roman aqueduct, which still works since the age of Augusto.
The name appears to be derived either from the intersection of 3 streets or 3 water outlets.
In addition to its enormous history, the Trevi Fountain has also been the background of many famous movies scenes, such as “Dolce Vita“, and every day hosts thousands of tourists “launching the coin“.

What better way to discover all the wonders and secrets of Rome but a walking tour through all the historical and evocative places in the city?
Come and discover Rome with us, our tours are made to leave nothing to chance and to enjoy all the beauty of the city without stress.

Warning: A non-numeric value encountered in /home/autodifa/public_html/leadingroma.com/wp-content/themes/bestours/functions.php on line 898
0
€55